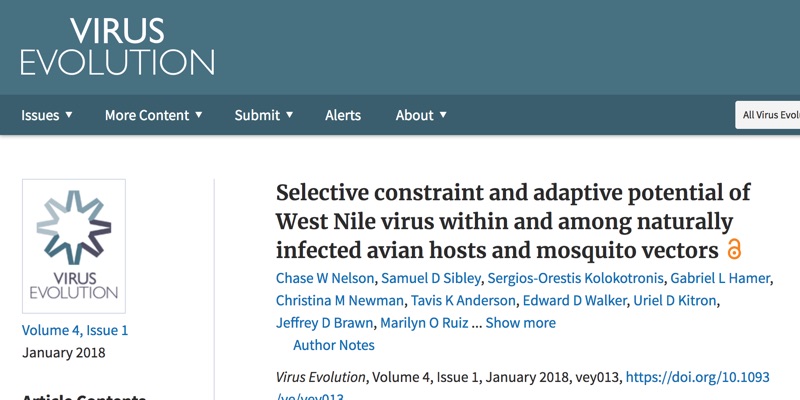 Arthropod-borne viruses are among the most genetically constrained RNA viruses, yet they have a remarkable propensity to adapt and emerge. We studied wild birds and mosquitoes naturally infected with West Nile virus (WNV) in a ‘hot spot’ of virus transmission in Chicago, IL, USA.